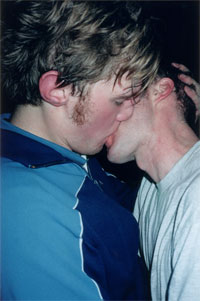 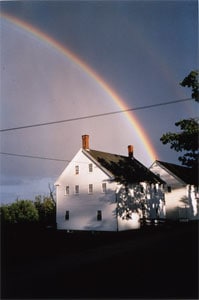 I love the photography of Wolfgang Tillmans and the Guardian today profiles the hard-to-categorize artist who recently enjoyed another show at the Tate in London.

“Mountains have been made out of the fact that he is gay, that many of his subjects are young and semi-clad, and that he does not flinch from photographing genitalia as steadily as he would capture a bulb of garlic or a vase of anemones. And so, by reputation at least, everything he photographs seems to have acquired a thin film of sexuality: those are not merely socks drying on the radiator, they are sexy socks; they are homosexual socks; they are naked socks.

‘It’s not really an issue except for the Anglo-Saxon world,’ he says, with bafflement. ‘It’s funny that it only comes up in an English show.’ Take his huge solo exhibition at Tate Britain in 2003. ‘There were two penises in the entire show, and yet there was a small quota of newspapers writing how ‘I couldn’t look anywhere else for cock.’ It’s so absurd, the whole thing. But then again, even by talking about it one reinforces it.'”