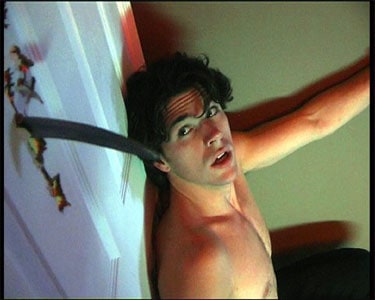 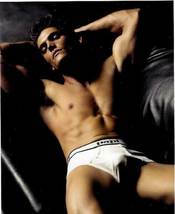 I tried to go see Hellbent (one of Towleroad’s sponsors) last night but got there twenty minutes before the screening and it was full. Otherwise, you’d be getting my review. I hear it’s pretty good though. Check out the trailer and other goodies here. It opens tomorrow.

Hellbent is billed as the first gay slasher flick. Cathy over at Cityrag directed me to this great post over at fourfour which shoots down that claim, dissecting A Nightmare on Elm Street: Part 2 in sexy, gorey, gay detail.

Sex and horror go hand in hand. What would a slasher movie be without some pretty flesh to be shredded? It looks like Hellbent has got plenty of it. Maybe the sequel could be called Kill Abercrombie?