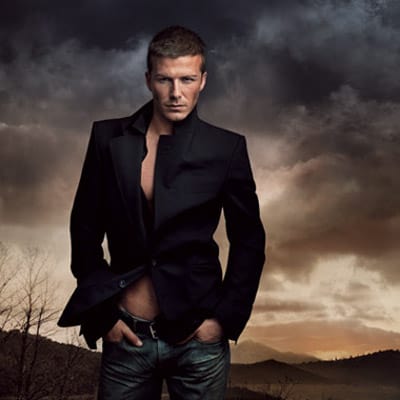 David Beckham enlisted Annie Leibowitz to shoot this dark and stormy ad for his new fragrance, Instinct. “The Real Madrid star obviously wanted to show a darker side to his character in the photo” said British tabloid Hello!. The Times online just this week ran a story lamenting that the Real Madrid footballer’s star is on the wane, yet it also said that he’s the “perhaps the closest thing that modern Britain has to a Messiah figure. “

“‘Beckham the brand is all about salvation, redemption, even resurrection,’ Carlton Brick, of the politics and sociology faculty at the University of Paisley, said. ‘It is not me saying that Beckham is a pseudo Christ-like figure but it is how he is often portrayed and it is how he portrays himself.'”

That article’s title, Desolate Beckham rages against dying of the light, could very well be used to describe this photo.

Instinct, which he is producing through Coty, is described as “a sensual mix of orange, mandarin, Italian bergamot and white amber flavours” — spices that could only be described as posh.

ADDENDUM: You know, when I first looked at this photo, it immediately reminded me of the great tradition of English portraiture, most specifically the paintings of Thomas Gainsborough. The Blue Boy was the first one that came to mind. Makes perfect sense to me that Leibowitz would draw from this tradition to capture Britain’s most famous athlete icon.

Gainsborough subjects were also often the cultured, upper middle-class nouveau-riche rather than the aristocrats. 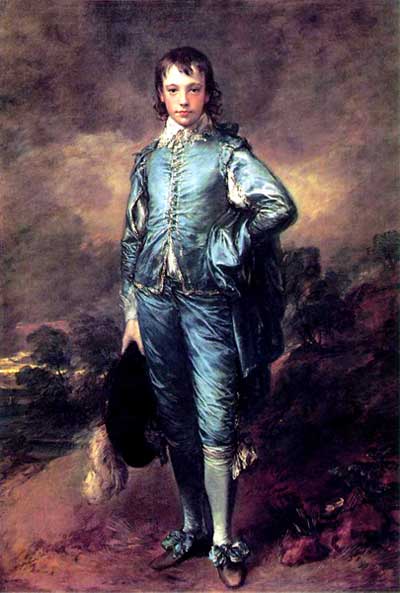