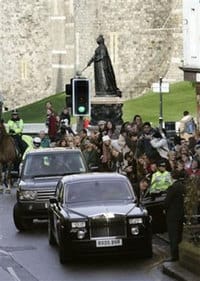 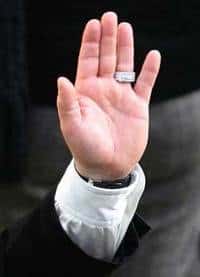 Elton John and David Furnish held their civil partnership ceremony
(or should I say “royal wedding”) at the Guildhall in Windsor yesterday and planned a 700-person ceremony at their estate to celebrate.

Elton called it “the happiest day of my life” while some gay rights activists like Peter Tatchell of OutRage called the new civil partnerships “a form of legal apartheid based on sexual orientation.” Tatchell did speak, however, of the hope the high-profile ceremony would give gay people around the world: “Their same-sex civil partnership ceremony will be reported all over the world including in countries where news about gay issues is normally never reported. This will give hope to millions of isolated, vulnerable, lesbian and gay people especially those living in repressive and homophobic countries.” 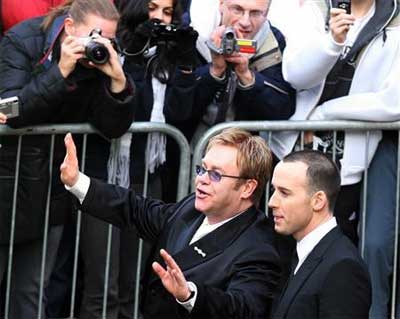