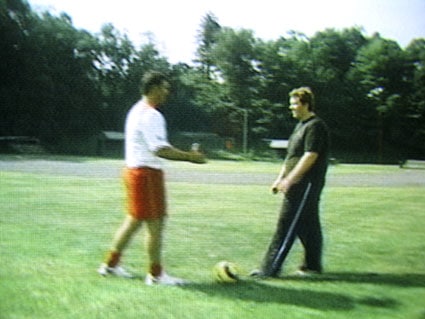 Don’t miss this week’s hilarious and inspirational episode of Made featuring overweight gay high schooler Josh Turk as he attempts to make the boy’s soccer team in the tiny town of Bethel, Vermont. While Josh may be a somewhat stereotypical representation of an outsider high school gay boy, the show treats that aspect of Josh with a matter-of-factness that is refreshing. It’s airing again tonight at 8, Tuesday at 4pm, and Wednesday at 6 pm.