Old Apprentice contestants don’t die, they just sparkle away.
(via a socialite’s life)

Dutch study: Penis size is linked to self esteem in gay men. 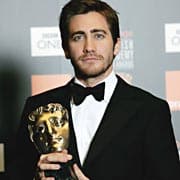 After 72 days in its initial release, Brokeback released for the deaf.

Premiership football team to tackle homophobia in the stands. Tottenham hotspur says anti-gay chants will not be tolerated. Sports minister: “My message to the fans is: be supportive, not abusive.”

A Missouri judge has overturned a state agency’s decision to deny a foster parent application to a same-sex couple: “We’re really relieved that the court has recognized that banning lesbian and gay people from being foster parents is bad for Missouri’s foster children. We were saddened when we found out that our loving each other was the only reason the state had for denying us the opportunity to give a child a home.”