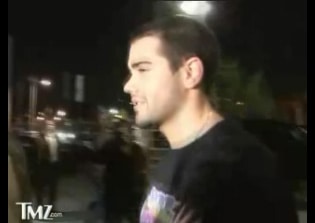 It’s tough to be a celebrity these days, but you don’t often see an extended paparazzi schadenfreude feeding like this, on video. The Desperate Housewives lawn boy was having trouble getting in to two separate clubs at the Roosevelt Hotel in Hollywood. But Jesse and his posse play it cool, even as a paparazzi exclaims, “They’re not letting him in!” We feel for the guy. He’s trying so hard, but maybe they have a strict bushy eyebrow policy?