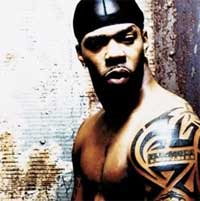 An eyewitness reported to Page Six about a few homophobic Winter Music Conference moments between rapper Busta Rhymes and a fan at the 11th Street Diner in South Beach, which was “packed with transvestites, gay men and drag queens.” Aside from the fact that drag queens and transvestites are one and the same, most of the drag queens I know would take an eye from someone talking like this in the same room. Here’s the account of what happened when an “effeminate” man approached the rapper:

“This became evident when a young gay guy came up behind Busta and tapped him on the shoulder to congratulate the rapper on his recent comeback. Before the guy could even mutter a word, Busta turned around and repeatedly screamed, ‘Why the [bleep] you touchin’ me, man? Get the [bleep] away from me’ . . . his two huge bodyguards then caused an even larger scene by pushing the kid away . . . Busta quietly whispered to his bodyguards, ‘I hate [bleeping] faggots, man.'”