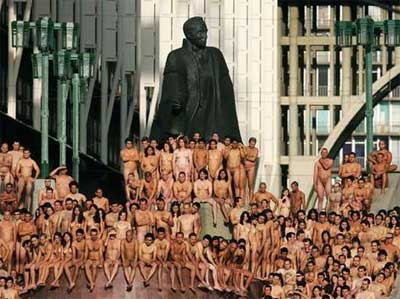 Spencer Tunick convinced 1,500 Venezuelans to disrobe for him in Caracas, Venezuela over the weekend, just the latest in his series of human installations. This time, the freedom from clothing came at the feet of the statue of Simon Bolivar. 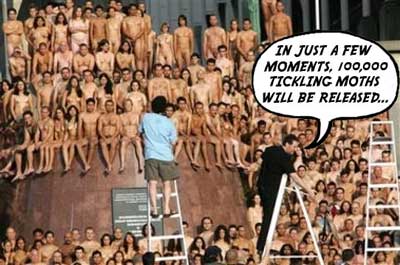 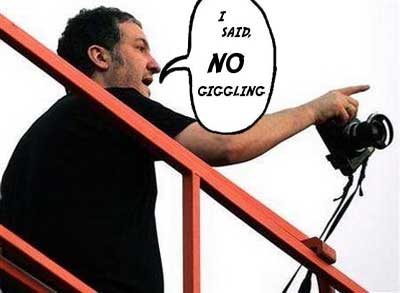 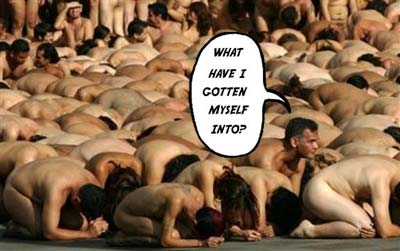 Tunick’s subjects posed for a knee-crushing two hours. Man I bet it smelled like ass in there. At one point, Tunick became angry at a group of gawkers: “There are some people over there with clothes, get them out of there!”

Previously
Moons for the Misbegotten [tr]
A River of Flesh [tr]