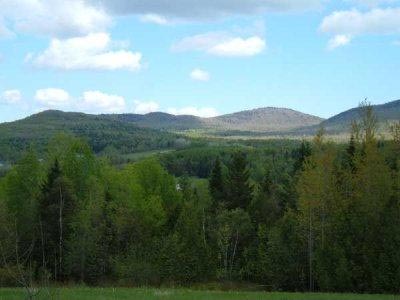 There’s a campaign underway in Vermont to have one of the state’s mountains renamed “Brokeback Mountain”.

Does it matter that the film’s story took place in Wyoming and was shot in Alberta, Canada? Absolutely not. Those behind the campaign insist that because Vermont is “the coolest state, full of open-minded people” it should have a mountain named Brokeback. It’s unclear whether the picture provided on the group’s site (above) pictures said mountain.

So how does one go about changing the name of a mountain in Vermont? By collecting a whopping 25 signatures and making an application to the state. Although some Vermont residents are scratching their heads wondering why anyone might want to do this, the petition has seen little resistance.

And Randy Quaid is pissed that Brokeback unexpectedly made a landfall of money when Ang Lee told him it wouldn’t. He’s claiming that Ang Lee falsely represented Brokeback by telling him it was “a low-budget, art house film, with no prospect of making any money.”

So he’s taking the producers to court, suggesting that the filmmakers “were engaged in a ‘movie laundering’ scheme designed to obtain the services of talent such as Randy Quaid on economically unfavorable art film terms…”

Well boo hoo. We think Randy Quaid just needs to get himself an agent that will cut him better deals.