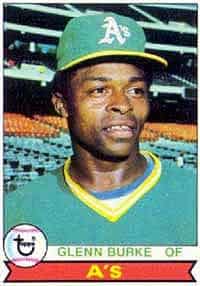 Today is National High Five Day: “Imagine that while on your way to class, you pass a dignified looking middle-aged man in a suit. You, of course, are wearing the same underwear as yesterday, a pair of pants off your floor, and a T-shirt with something ironic printed on it. Instead of noticing this respectable pillar of society fifteen seconds or so before your interaction is fated to occur, and lowering your head to avoid his disapproving scowl, you take another course of action.”

Interestingly enough (as pointed out to me by Cyd Zeigler at Outsports), the high five was invented by baseball player Glenn Burke in 1977. Burke was the first ball player to declare his homosexuality (in 1982, after his retirement). Sadly, he died of AIDS in the mid-90’s. Said Cyd, “And to think all of these straight guys are just doing what a gay man taught them in 1977!!!”