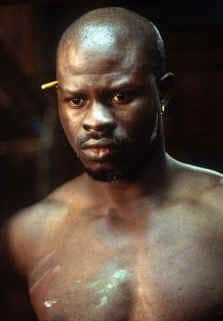 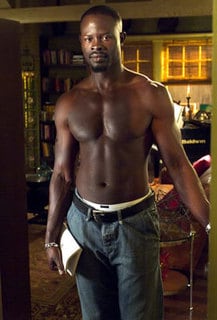 Djimon Hounsou will follow in the briefs of Freddie Ljungberg, Mark Wahlberg and seven others when he becomes the latest Calvin Klein underwear model:

“The Fall 2007 campaign, which will be shot in late March or early April, will appear internationally in more than 20 countries, with print and outdoor media timed to coincide with September 2007 magazine issues. Hounsou is the ninth man to be featured in a Calvin Klein Underwear campaign and the first actor in over a decade.”

He’ll be launching Calvin Klein Steel for the Fall 2007 season.