STUDY: Same-sex parents as good, if not better, than their straight counterparts at raising children: “The report says the strongest conclusion that can be drawn from empirical literature is that the vast majority of studies show that children living with two mothers and children living with a mother and father have the same levels and qualities of social competence. A few studies suggest that children with two lesbian mothers may have marginally better social competence than children in traditional nuclear families, even fewer studies show the opposite, and most studies fail to find any differences, says the 74-page study. The paper references about 100 studies on parenting and childrens development.” 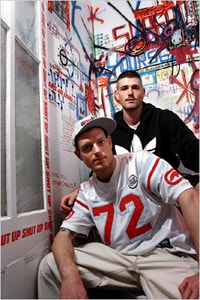 The NYT discovers a resurgence in “gay art”, coaxes art critic and curator to admit, “I adore Butt”.

Lodi, California mom expresses horror upon discovering gay penguin children’s book And Tango Makes Three: “It’s a book about homosexual penguins…You don’t start teaching them at three years old about two men together and adopting a baby. And just because you sugar-coat it with penguins on the cover, doesn’t make it an appropriate subject matter.”

Screenwriter Russell T. Davies tops The Independent‘s list of the 100 most influential gay people in Britain.

Although he received only $1 in salary, Steve Jobs was the highest paid CEO last year based on stock options and other benefits. The Apple Chief Exec made a whopping $646 million.

25 years later, The Smiths remain a “potent force” in music: “To put the extent of their achievement into context, you need only remember that they arrived at a time in the early-to-mid Eighties when punk’s rupture had long been papered over, when the new synthesised pop of Boy George and Wham! ruled the charts, and, more importantly, when sample-based dance music first began crossing into the mainstream and rock music seemed to be fighting a desperate rearguard action.”

CNN’s out gay anchor Thomas Roberts has left Headline News to pursue “new journalistic opportunities”. He will certainly be missed. 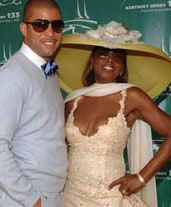 Queen Elizabeth wasn’t the only one showing off at the Kentucky Derby.

Nepal holds a ‘Miss Transgender’ contest: “Wearing an embroidered and sequinned red sari, 21-one-year-old Ria, also known as Raju Gurung, wore the Miss Transgender crown at a gay pageant Sunday in Pokhara city, a popular tourist destination. Though initially over a dozen people signed up to take part in the contest organised by NGO Sunaulo Bihani, many of them backed out at the last minute due to family pressure and the social stigma surrounding homosexuality in Nepal, a local daily said.”