Late yesterday, the National Enquirer broke the sad news that actor Owen Wilson was in stable condition at Cedars-Sinai Medical Center in Los Angeles after being rushed to the hospital in what appears to be a failed suicide attempt: 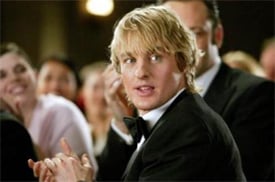 “Wilson was transported to St. John’s hospital in Santa Monica , Calif. on Sunday, August 26, by ambulance. Sources tell the ENQUIRER and Star that he sliced his left wrists and took an indeterminate amount of pills. He was discovered by a family member who summoned help. Police and an ambulance responded to a 911 call from Owen’s house around noon on Sunday. His wrist was sutured and bandaged at the hospital. The ENQUIRER and Star broke the story of Owen’s hospitalization earlier Sunday and revealed that he was being transferred from St. John’s after being stabilized. The publications learned that he was going to be detoxed. Owen was brought in to St. John’s in very serious condition. Police were on the scene immediately as was a criminal defense attorney, believed to be working for Wilson. Some of Owen’s family was with him.”

Previous Post: « Rearview Mirror: Looking Back at the Week on Towleroad
Next Post: Why the U.S. Americans Don’t Know Their Geography »