Iran newspaper banned for interviewing gay activist. PAPER: “We had an article which was an interview with an expatriate writer. They said she had moral problems, they say she is homosexual and promotes that in her weblog. But we talked to her as a poet.” 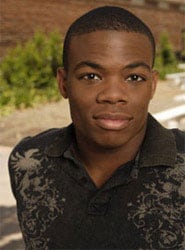 AfterElton interviews Paul James, who plays gay teen Calvin on the hit ABC Family series Greek: “My parents are very great people. My dad grew up in Alabama, in the Civil Rights movement, and so there just wasn’t any tolerance for bigotry in the house at all. And then I went to college and I majored in theater and was around a lot of gay and lesbian people. Everyone was shocked at first, [because] you know in high school you weren’t really around that. But you just realize that they’re the same people as you are. It probably comes from being black, too. You hear people discriminate against gay people, you can just replace gay with black and go back 30 or 40 years and it’s the same thing.”

Singer/songwriter Lee Hazlewood dies at 78 after battle with cancer. Wrote Nancy Sinatra hit “These Boots are Made for Walkin'” and many others.

Arjan previews a new single from Ari Gold: “Where The Music Takes You”.

Bush signs legislation expanding right to eavesdrop on American citizens: “Congressional aides and others familiar with the details of the law said that its impact went far beyond the small fixes that administration officials had said were needed to gather information about foreign terrorists. They said seemingly subtle changes in legislative language would sharply alter the legal limits on the government’s ability to monitor millions of phone calls and e-mail messages going in and out of the United States.”

Warhol vs. Banksy to open in London.

French President Nicolas Sarkozy not happy to be photographed by Associated Press photographers while vacationing at New Hampshire lake: “‘He was happy and smiling and he waved at the security people as he was coming out,’ [photographer Jim] Cole said of the president. ‘And then he noticed us taking pictures and his happy demeanor diminished immediately.’ The men said they watched through their lenses as Sarkozy pointed toward them and his boat began moving in their direction. Coming alongside Cole’s boat, Sarkozy, clad only in swim trunks, jumped aboard and began shouting at them. ‘The president was very agitated, speaking French at a loud volume very rapidly,’ [freelancer Vince] DeWitt said.”

Kurt Russell in his birthday suit. 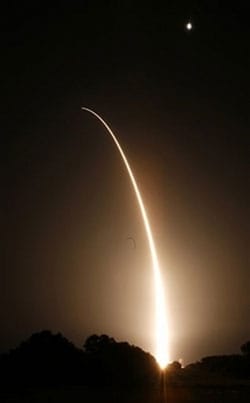 Space probe on its way to Mars: “If all goes as planned — a big if considering only five of the world’s 15 attempts to land on Mars have succeeded — the spacecraft will set down on the Martian Arctic plains on May 25, 2008, and spend three months scooping up soil and ice, analyzing the samples in minuscule ovens and mixing bowls. The Phoenix Mars Lander won’t be looking for evidence of life on Mars but rather traces of organic compounds in the baked and moistened samples, which would be a possible indicator of conditions favorable for life, either now or once upon a time.”

Roseanne Barr has blogorrhea: “Barbara Walters is well over one hundred years old now. She is all head, like joan rivers. I am only at the pee in your pants stage of old ladyism, but look forward to having a huge head in the future.”

Southern Christian Leadership Conference to honor disgraced dogfighting football pro Michael Vick at annual convention: “We will recognize Vick for being an outstanding human being. We will work with anyone who opens their heart and arms to us.” (americablog) And in related news, buy your dog a Michael Vick chew toy.