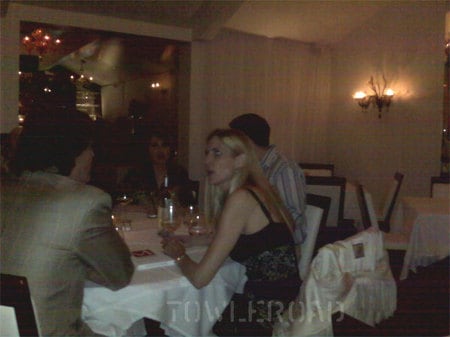 We contacted Jacobs, who offered Towleroad the photographic evidence (above).

Writes Jacobs in the HuffPost: 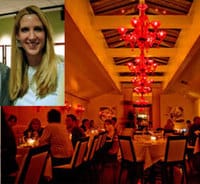 “Notorious people have the right to dine where they please. I also think that they have to eat their own cooking. It’s quite simple, really. If a person makes her money by being famous and that person has an addiction problem, she has the right to privacy to solve that problem. But if she proclaims her sobriety to get out of jail and then shows up at a bar, she has to expect that her public might inquire as to her truth. You can’t have it both ways: sober for the police and the press; publicly drunk for real. In time, you are caught in the lie. It’s one or the other, fame or privacy…How many adolescents in mid-America have heard Ms. Coulter saying they are ‘faggots,’ subhumans who should die, just so she could eat dinner at a gay-owned establishment and pay with blood money? How many lives have ended so that Ms. Coulter can giggle and guzzle in West Hollywood? I do not believe in bothering famous people when they are out in public. But Ann Coulter created her fame and fortune by cultivating a persona of hate. She has to be called to account. Next time, I hope the folks at Murano or any other public establishment will just say no to the Ann Coulters of the world. Let Ann Coulter eat her own cooking. I doubt she can stand the taste of what she dishes, but it’s worth letting her try.”