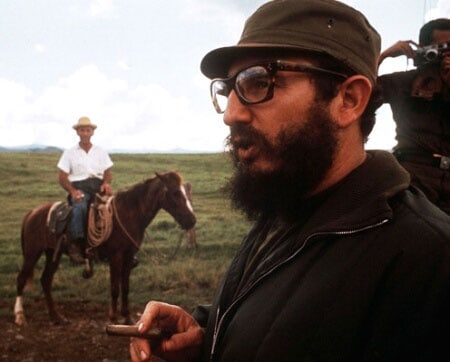 Cuba’s President and Commander in Chief Fidel Castro announced that he’s resigning from power and will formally install his brother Raul as President this weekend: 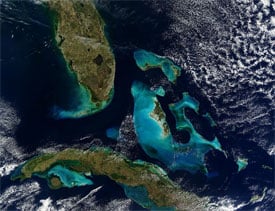 “‘I will neither aspire to nor accept the positions of president of the state council and commander in chief.’ That means that for the first time since 1959, the 81-year-old will not be officially in charge in Cuba. The world’s longest-serving political leader is leaving on his own terms, having survived efforts by 10 U.S. presidents to bring him down, including a disastrous CIA-backed invasion in 1961 and a missile crisis that brought the world to the brink of nuclear war in 1962.”

Just who is Raul?

Speaking from Rwanda, President Bush said “I believe that the change from Fidel Castro ought to begin a period of a democratic transition. Eventually this transition ought to lead to free and fair elections, and I mean free and I mean fair. And we’re going to help. The United States will help the people of Cuba realize the blessings of liberty.”

Recently, Raul Castro invited Cubans to offer their thoughts and to challenge government policies, leading Politburo member and Cultural Minister Abel Prieto to call for the legalization of same-sex marriage.

Said Prieto: “I think that marriage between lesbians, between homosexuals can be perfectly approved and that in Cuba that wouldn’t cause an earthquake or anything like that.”

With the news of Castro’s resignation, that seems more likely than ever to be a possibility, however, taking note of Cuba’s longstanding persecution of gays, one has to wonder if Prieto’s statement is only a pipe dream.

The shot above is from a documentary on Castro by Oliver Stone that was shot for U.S. cable TV but never aired. You can view the first part of it, AFTER THE JUMP…

The rest can be viewed here.