Details of a letter sent from UK Home Secretary Jacqui Smith to Lord Roberts of Llandudno, a Liberal Democrat peer, published by The Independent, have angered gay activists. 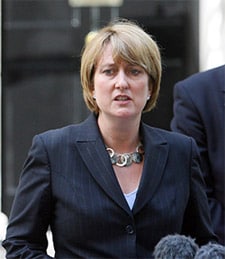 The letter followed Smith’s rejection of a call for the immediate halt of deportation for gay and lesbian asylum seekers whose safety might be threatened by return to Iran, following the granting of asylum to gay Iranian teen Mehdi Kazemi.

Said Smith in the letter: “We recognise that the conditions for gay and lesbian people in Iran – and many other countries – are such that some individuals are able to demonstrate a need for international protection. We do not, however, accept that we should make the presumption that each and every asylum-seeker who presents themselves as being of a particular nationality or sexuality, regardless of their particular circumstances, should automatically be … allowed to remain in the UK…With particular regard to Iran, current case law handed down by the Asylum and Immigration Tribunal concludes that the evidence does not show a real risk of discovery of, or adverse action against gay and lesbian people who are discreet about their sexual orientation.”

Said Ben Summerskill, chief executive of gay rights group Stonewall: “You only have to listen to people who were terrorised by the Metropolitan Police in the 1950s and 1960s to know that telling gay people to live discreetly is quixotic.”

Previous Post: « The Diary of Sean Avery, Hockey Player and Vogue Intern
Next Post: Down the Rabbit Hole »