In an interview with The Times, Cyndi Lauper lashed out at George W. Bush while speaking of her love for gay people: 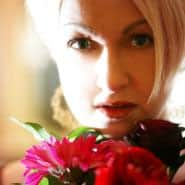 “This community for me is my beloved community. This is not a money-making venture. I have been running with this community all my life, and when I hear people like George Bush talk about the gay community being anti-American it makes my blood boil. The guy who saved the White House, one of the heroes who crashed that plane on 9/11, was gay – the rugby player Mark Bingham, who died on United 93. And does Bush ever mention that? Does he f***! That gay guy saved his lousy ass. And this guy who says he prays to God, this guy who promotes hate and fear, this guy we call our President…This guy is the true anti-American.”

She also tells them how she tried really hard to be gay but was eventually forced to come out as straight:

“My sister was gay, my best friends were gay, so I figured I had to be gay. So I did everything they did. I tried kissing girls. But it didn’t feel right for me and eventually I was forced to come out as a heterosexual.”