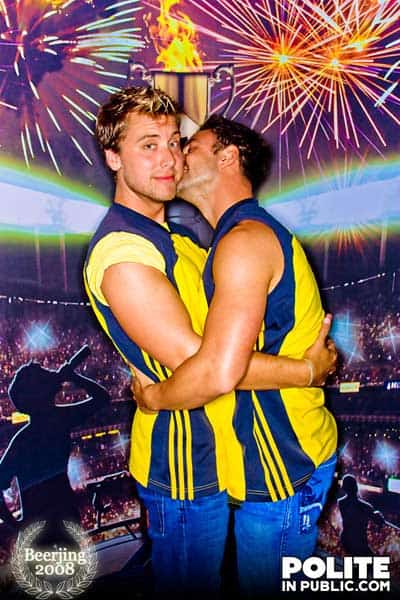 Lance Bass hosted a party the night of the Opening Ceremonies called the “Beerjing Olympics” and had a ‘Polite in Public’ photo booth at the party. Looks like many of the folks decided to strip down for their photos. Bass is pictured here getting closeto his boyfriend Sebastian Leal.

Leal stayed in the booth for another shot to show off a few of his assets, AFTER THE JUMP… 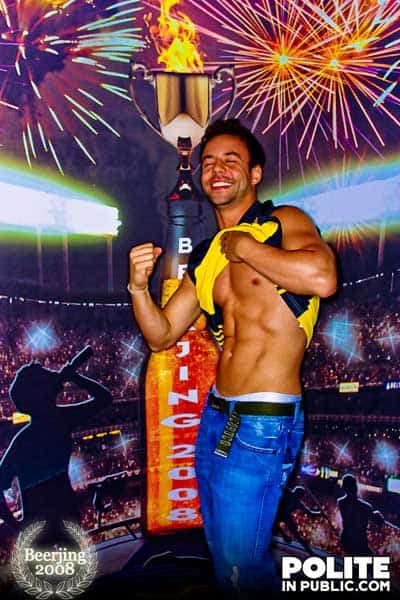