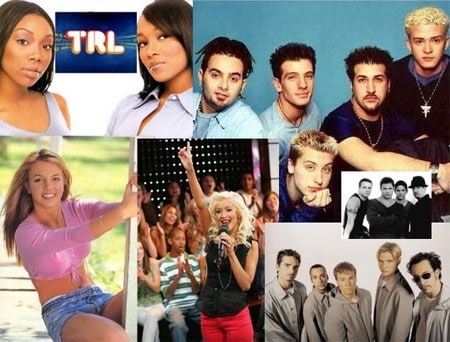 Hey there, Carson Daly, mind if I bend your ear for a minute?

You see, I was wondering what you thought when you heard the news that MTV is retiring Total Request Live in November—you know, the Top 10 video countdown staple that made you a figurehead amongst a generation of adolescents? 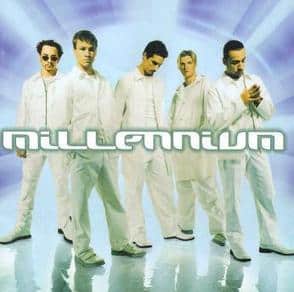 Now, I know what they’ll all say, Carson. They’ll say that MTV hasn’t really played music videos on a regular basis in a good decade or so, and that axing TRL is just a natural progression. After all, might the network not be better off simply airing marathons of The Hills and Next all day long?

And, yeah, you were probably right to get out in 2003, when the teen pop wave of the late ’90s had crested and crashed into an endless, dull quagmire of J. Lo jams and songs that too often featured “featuring” in the billing—Eminem featuring this one, Ja Rule featuring that one…

When TRL first launched in September 1998, Chad Hurley was just a 21-year-old college geek playing computer games at Indiana University of Pennsylvania. He was still seven years away from launching YouTube. (I went to IUP around then, too, Carson…and, dammit, why wasn’t I hanging out with him?) 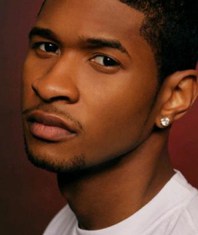 YouTube. Do you think that’s what did in TRL in the end? After all, why rush home to watch a half-hour video countdown when you can make your own playlist of clips online?

And then there’s Britney Spears. Geez, she’s had an interesting ride this past decade, huh? And just think—there was no Britney back then! “…Baby One More Time” (the song) was still two months away from being released in September 1998. Sure, there were *NSYNC and Backstreet Boys, but if you think about it, Carson, Britney and TRL were almost star-crossed. They were meant to happen together. It was like tossing a carefully-lit match into a powder keg that had been strategically set out in the right spot.

I bought “…Baby One More Time” that fall, on CD single. (Remember those?) There was no iTunes in 1998, either, and wouldn’t be for another five years. Again, iTunes—another possible contributor to the demise of Total Request Live? Who’s to say?

Then along came Christina Aguilera. Hey, you dated her, didn’t you, Carson? I can’t recall—was that before or after you dated Tara Reid? And Jennifer Love Hewitt? Boy, girls sure weren’t singing about kissing girls back then, were they? Well, okay, they were. But America wasn’t really singing along and sending them to #1 in the process. 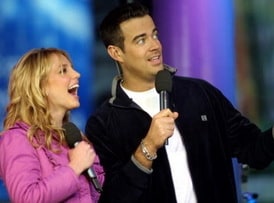 The world was just a different place in 1998. September 11 was still another mundane day on the calendar, and Columbine was just a high school no one outside of Jefferson County in Colorado paid much attention to.

And so, Carson, I think what’s got me playing the Backstreet Boys on repeat these past few days isn’t so much that I’m lamenting the passing of TRL. In some ways, I just feel like MTV is pulling the plug on my youth. It’s the same thing I felt when Lance Bass appeared on the cover of People, declaring he was gay—Now there’s the end of an era!

Speaking of which, why couldn’t Lance Bass just march onto your show back in the day and tell the world he was gay? Why’d he have to wait till after he was so sure *NSYNC were a done deal—that there was no way he could harm the financial viability of a globally-profitible boy band—that it wouldn’t really matter anymore if he was gay, straight, an atheist or a martian? 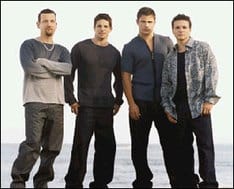 How would America react in 2008 if, say, one of the Jonas Brothers came out of the closet? Would Disney put out the inevitable live album, the “best of” and then send the the trio off to go quietly into the night? Or would they be accepted and carry on having hits? How much have things really changed over the course of the TRL era?

Ah, well. In the end, this all brings to mind a line from the Smiths’ “Rubber Ring”:

Granted, the songs that saved my life were more “Rubber Ring” than “I Want It That Way” or “Oops!…I Did It Again.” But the latter ones sure did make me smile.