Plans for a gay and lesbian high school similar to the Harvey Milk school in New York have been shelved for now: 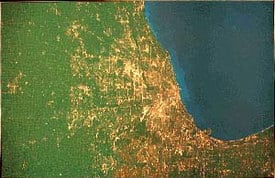 “The Chicago Board of Education was set to vote on the proposal Wednesday, but the educators who had been pushing the plan asked to be taken off the agenda late Tuesday. The school initially was going to be called the School for Social Justice Pride Campus partly focusing on gay issues. But last week, organizers changed the name to the Solidarity Campus and broadened its focus to include all disenfranchised groups of students. As late as Tuesday morning, some advocates were pushing the idea that the change was a good compromise. A few hours later, however, the group told Chicago Public Schools officials it would try to retool its ideas and ask for approval in a year.”

In late October, Chicago mayor Richard Daley spoke out against plans for the school, warning it would “unduly segregate” the students.