If you missed my posts yesterday on the march in Evanston outside Cinemark Theatres and the March on Sacramento, you can find them HERE and HERE.

Join the Impact’s plans for the next three months on marriage equality. Have you written a postcard yet?

NYT: Strike Down Prop 8! “Treating Proposition 8 as a mere amendment would set a precedent that could allow the rights of any minority group to be diminished by a small majority. The measure passed 52 percent to 48 percent. In California, sitting judges are subject to elections, and some supporters of Proposition 8 raise the threat of trying to oust justices who do not go along with trouncing on people’s rights and proper constitutional procedure. We trust the court will not be intimidated. The justices’ job is to protect minority rights and the State Constitution — even when, for the moment at least, it may not be the popular thing to do.” 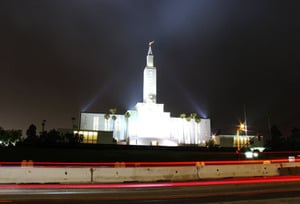 The California Fair Political Practices Commission (FPPC) wrote a letter to Fred Karger of Californians Against Hate regarding a sworn complaint CAH filed against the LDS church on November 13. They are investigating: “The sworn complaint by a group called Californians Against Hate contends The Church of Jesus Christ of Latter-day Saints organized phone banks from Utah and Idaho and sent direct mail to voters. The complaint, filed four days after Californians voted to end gay marriage in the state, also alleges the Utah-based church transported people to California to walk precincts and distributed thousands of lawn signs and other campaign materials. The church is also accused of establishing Web sites and producing commercials and other video broadcasts geared toward non-members.” Here’s a copy of the letter Karger received. 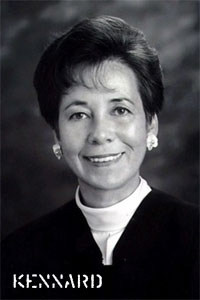 Legal experts are puzzled by California Justice Joyce Kennard’s switch decision to vote against hearing the cases brought by those seeking to overturn Proposition 8: “Justice Joyce L. Kennard, a staunchly independent if not stubborn jurist, has a lengthy record of protecting gay rights, including the right to marry, and often sides with the underdog in rulings. In fact, her record is so unwavering that many gay-rights activists and several independent legal scholars surmised that her vote against hearing the legal challenges was procedural — for example, she might have wanted them to be filed in lower courts first — and did not reflect her thinking on the cases. But a close reading of the court’s one-page order suggests that gay-rights advocates may have lost a usually predictable ally in their effort to overturn Proposition 8. ‘It definitely isn’t a good sign,’ said UCLA Law Professor Brad Sears, an expert on sexual-orientation law.” More HERE.

Minorities in California fear gay marriage ban may lead to other inequalities: “The entire purpose behind the constitutional principle of equal protection would be subverted if the constitutional protection of unpopular minorities were subject to simple majority rule,” read a brief by black, Asian and Hispanic groups challenging the ban. “This case is not simply about gay and lesbian equality.” 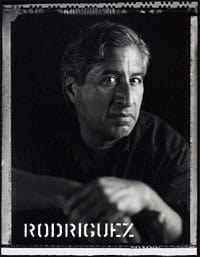 SALON: Why churches fear gay marriage. “While conservative churches are busy trying to whip up another round of culture wars over same-sex marriage, [author Richard] Rodriquez says the real reason for their panic lies elsewhere: the breakdown of the traditional heterosexual family and the shifting role of women in society and the church itself. As the American family fractures and the majority of women choose to live without men, churches are losing their grip on power and scapegoating gays and lesbians for their failures.”

I mentioned this article earlier, but I’ll include it again here. The NYT reports on Milk and activists who seek to tie the film with the quest for marriage equality.

Infighting among anti-gay groups following Prop 8 passage: “Other conservative groups that loudly backed Prop. 8 are being targeted as too extreme and off-putting by ProtectMarriage.com, which put the constitutional amendment on the Nov. 4 ballot and hopes to help persuade the state Supreme Court to uphold the measure. ‘We represent the people who got things done, who got Prop. 8 passed,’ said Andrew Pugno, general counsel for the Yes on Prop. 8 campaign. ‘An important part of defending Prop. 8 is eliminating arguments not helpful to our concerns.'” 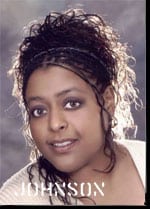 Christopher Lisotta talks to Latrice Johnson of the group United Lesbians of African Heritage, or ULOAH, a non-profit that’s been around for nearly two decades promoting the health and safety of Black lesbians, about their interaction with the “No on 8” campaign: “We weren’t approached, however I did make attempts, as did many of our staff and volunteers made attempts to reach out and let them know we were certainly willing to come to the table and help out. Unfortunately we were not approached. It was almost a dismissive response.”

Prop 8 protests helping repair rift within Mormon church? “Ironically, the protests appear to be helping repair a rift within Mormonism caused by the election. The church’s outspoken support for Proposition 8 exposed an unusual level of disagreement in the ordinarily harmonious Church of Jesus Christ of Latter-day Saints, as the Internet facilitated grass-roots organizing by the minority of Mormons who support same-sex marriage. But a smattering of anti-Mormon acts since Election Day – the burning of a Book of Mormon, a mailing of packets of white powder to Mormon sites, and some anti-Mormon invective expressed on signs and in sloganeering – has helped rally a denomination with a long history of persecution.”