New Hampshire’s lawmakers will be considering same-sex marriage when they reconvene in 2009: 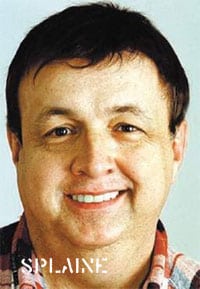 “State Rep. Jim Splaine, D-Portsmouth, submitted a bill asking that civil unions, which are currently recognized by the state, be changed to allow marriage. State Rep. Paul McEachern, D-Portsmouth, is co-sponsoring the bill. ‘The bill would essentially provide for full marriage equality,’ Splaine said. ‘I submitted the bill because I think it’s important that we keep this dialogue going.’ Splaine said the bill will be presented on Jan. 7 along with the other bills introduced for the session. He said then it will be scheduled for a public hearing or sent to a committee. Splaine said that although civil unions are recognized in New Hampshire, gay marriage is not. He said a bill introduced by state Rep. David Hess, R-Hooksett, would prohibit New Hampshire from recognizing gay marriages performed in other states as civil unions here. ‘I introduced — in 2006 — a civil union bill and a lot of people thought it was not a good time, but it passed in 2007,’ he said. ‘I offered an amendment to add full equality for marriage, and that didn’t pass. This is my second try at getting full marriage equality.’ Splaine said he thinks gay marriage will pass in the state eventually.”

Previous Post: « Grey Gardens with Lange and Barrymore Comes Out of Seclusion
Next Post: John Lennon on Laptop Mission from the Grave »