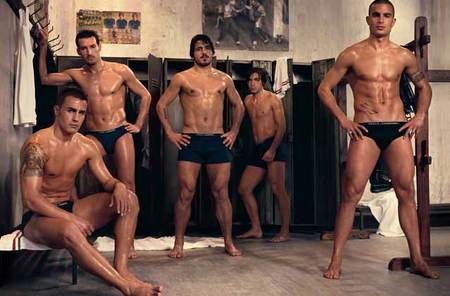 In a televised interview with TV station La 7, a third division football player says he moonlighted as a rent boy to a dozen well known footballers: 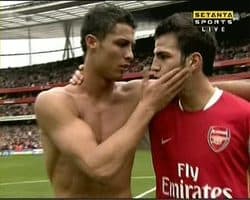 “A player named only as ‘Victory’ claims he has been the lover of 12 well-known top flight stars. The third-division player said that he had been paid for sex by players and that the trysts took place at the end of games in hotels and sometimes even in changing rooms. Victory said that he had become a rent boy to try to supplement his footballer’s income and said that he would often escort players to functions…His revelations come just weeks after MP Franco Grillini, president of Italian gay group Archigay, said there were at least ’20 homosexual footballers in Serie A’. Grillini added:’A lot of these players have girlfriends or wives – it’s all a facade put there as a cover. They are really scared of coming out because they are terrified what the supporters would say.'” 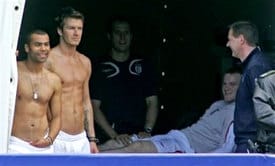 Said Victory: “I am talking about important players. Serie A players even internationals and married players. We are talking about more than just kissing. I charge 1500 euros (£1300) and the players pay up no problem. Most of the time we meet in hotels after matches, that’s when they get their only free time. They just want to relax and they don’t have any problems kissing me on the mouth. But they are all terrified of being found out. I have about 30 clients who are footballers and I would say that a dozen are Serie A and national team players – several times I have been asked to take part in group sex sessions. Players from the same team and my friends and it is always just for sex. They all know I am a footballer as well but they like me because I am discreet. A lot of them are bisexual, they are married or have girlfriends. They have a respectable image but none of them will ever admit to being gay, not for the time being anyway.’

Photos for illustration purposes only.