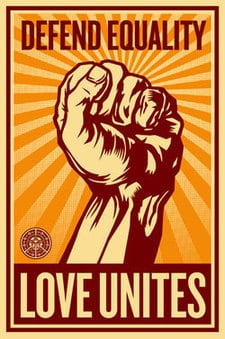 From the Sacramento Bee:

“In their amicus brief, the unions argue that Proposition 8 would amend discrimination into the state constitution and divide Californians into ‘suspect classifications.’…’It really does establish the potential for a slippery slope of taking away the rights of one group and then potentially the rights of another group and another group,’ Art Pulaski, executive secretary-treasurer of the California Labor Federation, said during a teleconference with reporters. Geoff Kors, executive director of Equality California and a member of the No on 8 campaign committee, called the court filing ‘a very significant brief.’ …’We believe that the leadership of labor in this brief is going to have a tremendous impact,’ Kors said. But Andrew Pugno, an attorney for the Yes on 8 campaign, played down the importance of the unions’ court action. He noted that many union members voted for Proposition 8.”