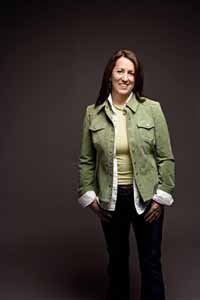 What your position was with the No On 8 campaign?

There are a lot of people within the LGBT community who don’t understand why marriage is important. Why is it important?

What marriage provides is not only the practical security of a legally recognized relationship, but it makes it virtually impossible to continue to think of LGBT people as less equal and less valuable members of society.

If we do win the right to marry in states, it still won’t solve problems like immigration and taxation which are federal issues. Is that something we should be thinking about now?

There is no doubt that a lack of federal recognition of our relationships [inflicts] a tremendous hardship on LGBT people. There are many heartbreaking things about losing Prop 8 and seeing it pass. One of the most signiﬁcant for me is that for a moment in time it has arrested the momentum for Congress and the Obama administration to move quickly to repeal DOMA. It is very gratifying to see that, notwithstanding Prop 8’s
passage, Obama lists (on his website) repealing DOMA as one of the signiﬁcant priorities of his civil rights agenda. If DOMA is repealed, issues like social security and survivor’s beneﬁts, or immigration and the rights of bi-national couples will be ameliorated and we will be on our way to fairness and equality.

If DOMA were repealed would our marriages be portable to other states?

Having a repeal of DOMA occur in this ﬁrst Obama term, which I very much hope happens, would be a [huge] event in civil rights protection for LGBT people. But, until there is national recognition for our relationships, it will depend on where one lives, whether they enjoy both state beneﬁts and federal beneﬁts.

What would you say to people who say, Well, I think gay people should have all the legal rights, but I don’t agree with calling it marriage?

Embedded in that sentiment is a very clear signal that you are not the same, you are not equal, you are not equivalent in status to other people who have the status of being married. And as long as that cultural disconnect exists, it gives permission for hate crimes, bigotry, prejudice in the law. I simply cannot accept a situation where an entire class of people are told “Your relationships are less valuable than other people’s relationships.”

There has been a lot of criticism of the campaign from within the community. What
do you think the campaign did right?

We were able to marshall a greater breadth of ally support, straight ally support, support in communities of color, religious support and visibility and money than any campaign in the history of anti-gay defensive campaigns to defeat anti-gay measures. That all manifested itself in almost defeating Prop 8 on November 4, and erasing the 12 point deﬁcit that we faced just 8 years earlier when Prop 22 passed in 2000. So there is no doubt that the campaign was able to marshall a tremendous breadth of support and involvement and resources, and I’m proud of that, and I believe it sets a high water mark to build on.

I have read that there is a petition to get another measure on the ballot to reinstate marriage in 2010. I wondered what you thought about that?

Well, as a lawyer with the lead legal organization seeking to have Prop 8 invalidated by the court, I’m very much hoping that we won’t need to face the prospect of a ballot measure repeal of Prop 8. It is almost unfathomable to me to imagine the court eviscerating its ruling in the marriage case that was only decided not even a year ago. And if the Court upholds Prop 8, what they are essentially saying is the Court has no role in deciding equal protection issues because the majority vote trumps the Court’s role as protecting Constitutional rights. However, this is a novel legal issue for the Court. And there is a lot of public attention and scrutiny and rhetoric about activist judges that clearly the Court, I’m sure, is made nervous by. So while I think we should win in the Court, there is a possibility that we won’t. So now your question: if we intend to, or if we are forced to repeal Prop 8 at the ballot box, the ﬁrst time we could be on the ballot in a statewide measure is November 2010. We have a tremendous amount of work to do between the summer when that campaign would have to begin, and November 2010. We could do it, but the money, the time that it will require will be unlike anything we’ve ever seen, even compared to the ﬁght to defeat Prop 8. So we will have to bring our A+ game.

You mentioned earlier in answering the question that if the CA Supreme Court does not invalidate Prop 8, they will basically be saying that they have no power to decide these sorts of cases. And it sounded like you were saying “I’m very optimistic that they are going to invalidate it.” However, Justice Joyce Kennard, seems sort of dicey at this point because she voted not to hear the case again.

The vote that the Court took where Kennard was a lone voice was a petition asking the Court to take the case to review the validity of Prop 8. Kennard voted not to hear the case, meaning “Go back to the trial court and start over again if you want to challenge Prop 8.” What does Kennard mean by that, because Kennard was one of the four votes voting to end the exclusion of same sex couples from the right to marry and to hold us to be a suspect class? I think it’s a perilous endeavor to try and ﬁgure out what votes like that might mean.

Someone asked during the summit session how much money was left over from the campaign and where that money was and what it is being spent on. Lorri Jean said that she had just emailed the Treasurer earlier this week and that she had not gotten a response back. We’re almost 12 weeks out, so that was surprising to me.

I do not think there is any money left, but I don’t know that for sure. We had about $400,000 left at the end of the campaign, and we had about $400,000 in payables, which included tons of vendors, particularly folks who had helped design the ads to earned media to our lawyers to the paid ﬁeld staff who had outstanding invoices. It doesn’t surprise me that we haven’t totally closed the books yet, because the other thing that we’ve been advised by our campaign lawyers to do is hold that money for the inevitable ﬁnes because every campaign faces them. For example, for donors who contributed a signiﬁcant amount of money but didn’t do their own ﬁling, they may be ﬁned a couple of hundred dollars. Campaigns usually cover those ﬁnes in order to build good will with these donors to give again in a later campaign. I would love for there to be a couple million dollars or so left to put to the next ﬁght, but there is no money left, for all intents and purposes.

How can we make inroads with communities who voted against us?

People of faith need to understand there is not a unanimity of view from religious people on the issue either of marriage for same-sex couples or the existence of gay people, generally. They have to appreciate that there is a divergence of view. And if you appreciate that there is a divergence of view among people of faith, even if your own pastor is saying something different, understanding that there are other people of faith who embrace full equality can give you just enough room so that you will support gay issues. Mobilizing younger voters to care about this issue and to take it on with that sort of Obama zeal that they demonstrated can not only help to make inroads into communities of color because all these young people come from a family, especially young people of color, come from a family where they could be the agents to have the conversations to bring a whole family to vote the right way, not just themselves. And ﬁnally, I think being our own evangelists. I think there are many people in this room who did not do much work on Prop 8. I think there are many people in this room who have not talked to all of their friends and family members about gay issues and how much they want their support on these issues and how important it is. We all could do more.

Previous Post: « Fatone to Franco: Was it Hard to Play a Homosexual?
Next Post: Inauguration: Faces in the Crowd »