A tie vote in the Senate Judiciary Committee halted the advancement of a domestic partner bill in New Mexico which was approved by a Public Affairs committee last week. 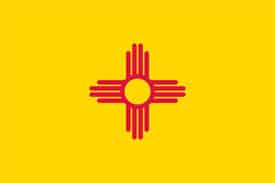 “Gov. Bill Richardson hasn’t given up on getting it passed during the 60-day session. ‘We’re just going to have to keep working. … We’d like to get it to a floor vote,’ said Eric Witt, the governor’s legislative liaison. ‘From the governor’s viewpoint, this is an issue of fundamental human rights, and we’ll keep fighting for it,’ he said. But the Judiciary Committee would remain a roadblock. ‘We need one more vote in that committee to get it out, and we don’t think we can get it,’ said Linda Siegle, a lobbyist for Equality New Mexico. The bill would give certain unmarried couples — homosexual or heterosexual — the same legal protections and benefits as married couples. Opponents say it would, in effect, legally recognize gay marriage…One Democrat, Sen. Richard Martinez of Española, joined the four Republicans on the judiciary panel to block the bill on a 5-5 vote. Yet another Democrat, Bernadette Sanchez of Albuquerque, was not in the committee room for the vote but said later she also is opposed to the legislation. She would vote against it if it were to come up again, she said.”

Previous Post: « Snow Comes to London
Next Post: Ted Haggard Had a Sex Toy Molded After Himself, Used It »