The bill was sponsored by state Reps. Mark Larson and David Zuckerman of Burlington and is backed by 59 legislators, the AP reports: 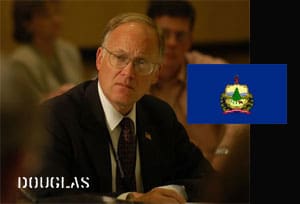 “A similar bill is expected to be introduced in the Senate sometime this session. But it’s unclear how far the effort will go as legislators grapple with state budget cuts and falling revenues. Zuckerman, a progressive, says the economy is the biggest issue in the Statehouse but says there are other committees that can handle other issues. He says the time has come for Vermont, which passed the civil unions nine years ago, to make gay marriage law.”

Vermont’s Governor Jim Douglas has stated his opposition to same-sex marriage legislation but has refused to indicate what he’d do if such a bill reached his desk. Said Douglas in late November: “I think the current civil union law is sufficient. It accords equality of rights to Vermonters in terms of their relationships and I think we should leave the law as it is. I never indicate what I might do when a bill gets to my desk, but I’ve been quite clear that I don’t support the legislation.””