Two marriage bills are being debated in the Maryland House Judiciary Committee today. One would allow same-sex marriage in the state but not force religious leaders to perform them. The other is a proposed constituional amendment banning same-sex marriage. 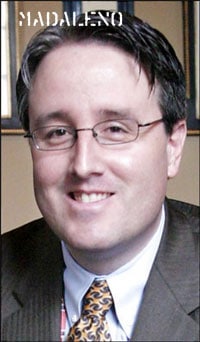 Said Madaleno: "Just 45 minutes ago I was in the Senate chamber, one of 47 equals
with all of the rights and privileges I share with my colleagues as an
equal member of the state Senate. In another 45 minutes, I will be
before the Senate Judicial Proceedings committee as a second class
citizen in the state of Maryland. One of thousands of gay and lesbian
people who is unable to marry."

Madaleno expressed optimism over progress since the first same-sex marriage bill was introduced in the state ten years ago: "When that bill was put in, [the senator] received so many death threats she
received state police protection for a week. Here we are a
decade later, now we have more than 50 co-sponsors on our bill and
we're able to have a civil discussion."