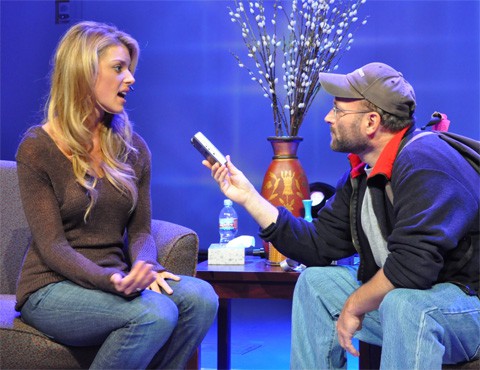 Rex Wockner did a sit-down interview with Miss California over the weekend. Here's an excerpt:

Carrie: I think it's a behavior that develops over time.

Rex: Why would someone choose it, given that if you choose that, you get discriminated against?

Carrie: Um, because obviously Perez Hilton doesn't think that there's anything wrong with it.

Rex:No, but if being gay is a choice, rather than something you're bornwith, why would you choose something that's going to lead to your beingdiscriminated against? What would be the motivation?

Carrie: I'm not sure what the motivation would be.

Read the rest at Wockner's blog.

"God's Word tells us differently and He provides us of the evidencethat homosexuality is not natural or normal. There are physiologicalrepercussions from homosexual behavior; male homosexuals are 430 timesmore likely to contract HIV than a heterosexual, while heterosexualshave a 1-in-750,000 chance of contracting the virus responsible forHIV, a male homosexual has a 1-in-165 chance of getting HIV. A 20 yearold gay male has a 30% chance of either dying or contracting AIDSbefore the age of 30. They are also 23 times more likely to get othersexually transmitted diseases than a heterosexual.

"There are also moral repercussions stemming from homosexual behavioras evidenced by the fact that one third of all sexual crimes againstchildren are committed by homosexuals even though they arerepresentative of only one percent of the population. Pedophilia haseven been called central to the gay lifestyle. The agenda of the NorthAmerican Man Boy Love Association (NAMBLA) is to lower the age ofconsent so that sex with children will be legal.

"Emotionally people suffer from homosexuality. Gays are five timesmore likely to commit suicide than a straight person. They aresuffering depression because of God's judgment and their alienationfrom Him. So God not only tells us what is right and wrong but that bycontinually doing what is wrong there will be consequences and this isall evident to us so we have no excuse in suppressing the truth." 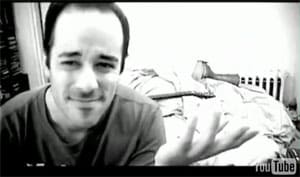 They write: "Think about it. At the exact moment when media is pushing one main manufactured message point–give up, despair, the younger generation is on our side, you have no hope–what happens?A gorgeous 21-year-old beauty queen is asked in a split second to choose, as Maggie Gallagher writes, between the truth and the tiara, between her convictions and the crown, between courage and capitulation.It was, as a San Diego pastor friend of mine put it, a real "Queen Esther" moment for Carrie. Her faith was tested and she passed with flying colors–she showed the whole world the crown that she is really seeking, didn't she?"

And a great short YouTube opinion piece about the time travel elements of the Miss America debate, complete with a vanishing and reappearing cat, AFTER THE JUMP…