While folks were observing the Memorial Day holiday, Nevada Governor Jim Gibbons was busy at work, vetoing a bill that would have given Nevada gay and straight domestic partners many of the rights afforded married couples: 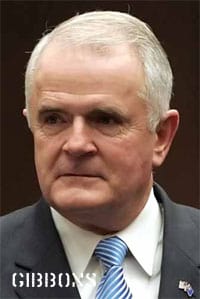 "Gibbons said in a
statement released during the Memorial Day holiday that Senate Bill 283
conflicts with a state constitutional amendment approved by Nevada
voters in 2002 supporting marriage between a man and a woman…It was not immediately clear if the Legislature would seek to override Gibbons' veto. The
measure would prohibit discrimination against domestic partners, and
give them the same community property and debt rights as married
couples. The Republican governor also said domestic partners can sign private contracts to accomplish many of the goals of the law. Harrah's Entertainment has called for an override if Gibbons vetoed the measure. The
casino giant pointed to an estimated $700 billion in buying power among
potential lesbian, gay, bisexual and transgender customers. The
bill also had support from of the powerful Nevada Resort Association,
and drew praise from the American Civil Liberties Union of Nevada."

Said Gibbons: "My disapproval of this bill should not be taken to suggest that domestic partners are in any way undeserving of rights and protections…However, I believe that Senate Bill 283 represents a fundamental departure from the will of the voters expressed in Article 1, Section 21 of the Nevada Constitution, and only the voters should have the right to undo or amend constitutional mandates."