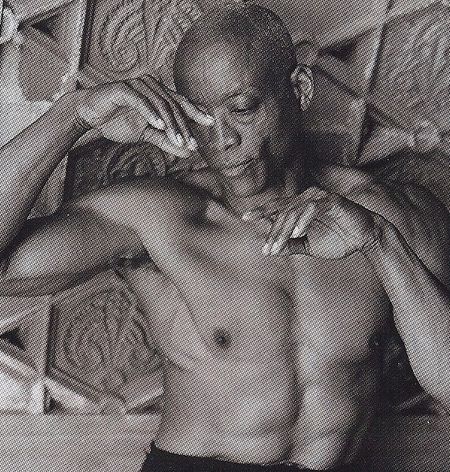 Via Vanity Fair: Premiering September 17 at Chicago's Ravinia Festival ahead of a nationwide tour, Fondly Do We Hope…Fervently Do We Pray is a major new work by controversial dance innovator Bill T. Jones. The Bill T. Jones/Arnie Zane Dance Company have worked on the piece for two years, drawing its title from the text of Lincoln's second inaugural speech.
"[I]t was going to be a kind of investigation about who Lincoln truly was, kind of a prosecutorial work. I decided I wasn't interested in prosecuting Lincoln," Jones says.
Considering the impressive body of work Jones has built up, Lincoln dodged a bullet on this one.
A video teaser with behind-the-scenes commentary is after the jump…
Photo by Bruce Weber/Vanity Fair

Previous Post: « Wrestlemania: Obama Tells Catholic Media of His “Solicitude and Regard and Concern” for Gays
Next Post: Towleroad Guide to the Tube #504 »