An ordinance banning discrimination against LGBT people passed earlier this week by the Anchorage Assembly following month of debate was vetoed by Mayor Dan Sullivan: 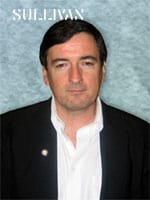 "In a statement…Sullivan said he sees no need for the measure. 'My review shows that there is clearly a lack of quantifiable evidence
necessitating this ordinance,' the mayor said. 'My review also shows
that the vast majority of those who communicated their position on the
ordinance are in opposition.' Sullivan said he had received almost 2,500 comments as he was considering whether to let the measure stand. He said he will have no further comment today. The measure was the subject of intense public interest and debate all
summer. The Assembly approved a compromise measure last week by a 7-4
vote."

The Assembly can override Sullivan's veto with eight votes. They have three weeks.