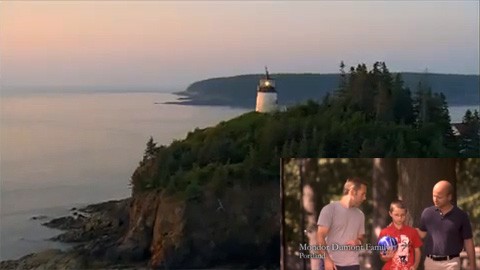 A new 60-second ad produced by GLAD, Equality Maine, and MCLU began running across the state today as the focus heats up in that state to protect marriage equality.

Governor John Baldacci signed marriage equality into law on May 6.

The AP: "Maine's gay marriage law wasscheduled to take effect next month, but it's been sidetracked as stateelection officials verify petitions submitted to force a statewidereferendum.The law will bestayed and a November election called if state election officialscertify the signatures of at least 55,087 registered voters. Gaymarriage opponents say they collected more than 100,000 signatures."

The anti-gay marriage campaign is being run by the folks who ran California's "Yes on 8" campaign.

The new ad does not make specific mention of the measure — "Vote No on 1" — or use its logo, though the campaign to defend marriage equality is in full swing, and you can find out more about how you can help HERE.

If marriage equality is lost in Maine, the consequences for the recently passed laws across New England could be disastrous. Much help is needed.