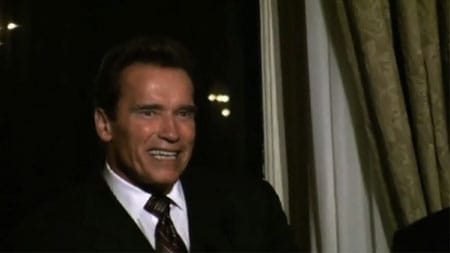 You may remember an early October Democratic fundraiser in San Francisco that I posted about, at which Governor Arnold Schwarzenegger showed up unannounced. 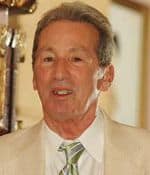 Schwarzenegger wasn't received very well at the event, held at the Fairmont Hotel in San Francisco. He was heckled. One of the attendees, rumored to be Assemblyman Tom Ammiano, even yelled "Kiss my gay ass."

Well, Schwarzenegger vetoed an Ammiano-sponsored bill recently. "The bill, which passed unanimously in the Assembly and Senate, would
have granted the Port of San Francisco expanded financing power to
redevelop a former shipyard into a new neighborhood known as Pier 70," according to the AP.

Ammiano received the veto letter, and with it came an acrostic-like coded message in the left hand column: "Fuck you". 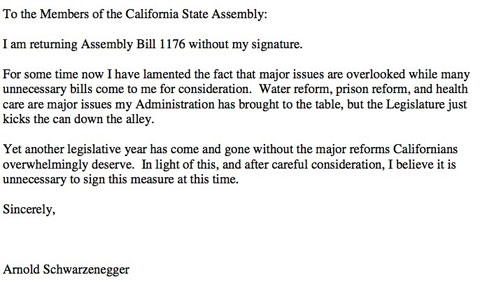 Said Ammiano's spokesperson Quintin Mecke: "Kudos to the governor for his creative use of coincidence. You certainly have to have a sense
of humor in politics. Unfortunately, this humor came at the cost of the
Port of San Francisco."

Previous Post: « First Look: Adam Lambert’s Album Cover ‘For Your Entertainment’
Next Post: How You Can Help Protect Maine Marriage Equality, from Your Phone »