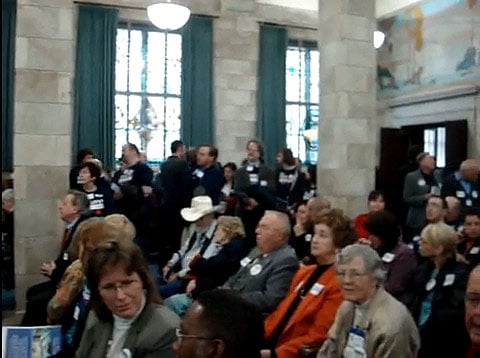 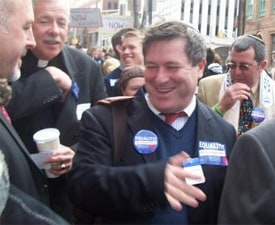 "Garden State Equality activists just mobilized at their West State Street headquarters, received a megaphone buck-up from their leader, Steven Goldstein, and headed for the Statehouse'. We progressives are fired up, and not just the gays,' Goldstein said in a weekend email blast to supporters, which he amplified here this morning. 'If the Democrats don't enact marriage equality now, after years of telling us to wait, it will cause a huge schism between the state Democratic party and its entire progressive base,' he added. 'And it could change the political landscape of New Jersey permanently.'"

Here is where things stand in the legislature: 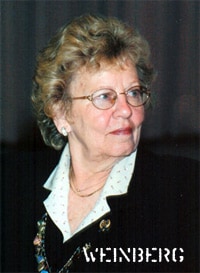 "Christie, a practicing Catholic, has said he would veto a gay marriage bill. Outgoing Gov. Jon Corzine, a socially liberal Democrat, has said he would sign such a bill.A poll released last week showed that New Jerseyans narrowly support gay marriage.But enthusiasm for the bill has waned since Christie, a social conservative, beat Corzine by 100,000 votes on Nov. 3. The election was widely viewed as a referendum on high property taxes, strangling state debt and continued unemployment, making some lawmakers skittish about taking on a potentially divisive issue like marriage equality.Gay rights activists lobbied at the Statehouse on Monday, calling on lawmakers to post the bill for a vote and threatening to withhold support to Democrats who don't back the measure.At a protest outside the Statehouse, activists said civil unions — currently allowed in New Jersey — do not offer the same protections of marriage…After a private meeting among Democratic senators, bill co-sponsorSen. Loretta Weinberg insisted the gay marriage bill isn't dead. Shesaid discussions would continue, tamping down persistent chatter thatthe measure lacks support to pass. Legislative leadershave said they won't post the bill for a vote unless it has at least 21votes in the Senate and 41 in the Assembly." 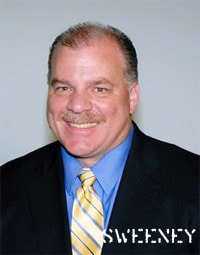 "Some Democratic legislative leaders — including the majority leader,Stephen M. Sweeney, who will become Senate president in January — havesaid that they view Governor Corzine’s loss as a gauge of the public’sunease with the troubled economy, and fear that voters might resentelected officials who appear distracted by social issues. He said hedid not think this was the right time to enact the bill. OtherDemocrats worried that if they passed a same-sex-marriage bill whileMr. Corzine was on his way out of office, they might anger voters,energize Mr. Christie’s conservative base and alienate sociallytraditional Democrats. With Mr. Christie scheduled to take officeon Jan. 19, supporters of the proposal are under pressure to movequickly. Lawmakers and gay-rights advocates say they are confident theycan get the measure through the General Assembly. But SenateDemocrats met to discuss the measure on Monday and — despite intenselobbying from a coalition of gay-rights advocates and other groups —did not schedule it for a vote, because they appeared unable to musterthe 21 votes needed to pass it."

And here's some related news. The National Organization for Marriage (NOM) said in a press release it has $500,000 to spend on a radio ad against marriage equality in the state:

"The ad, 'Give Me a Break,' underscores that Gov. Jon Corzine had four years to push a gay marriage bill, and the losing governor should not waste legislators’ valuable time by pushing a gay marriage bill in the lame duck session when New Jersey voters expect elected officials to focus on far more urgent priorities, like jobs, the economy and the budget. 'In the next two weeks NOM will spend $300,000 in voter outreach on the theme of this ad, including radio ad buys, direct mail, and online advertising,' said Brian Brown. 'We have reserved an additional $200,000 for advertising and direct mail outreach if the legislature continues to spend more and more of its time into December fooling around with a vote for gay marriage that New Jersey voters do not want.'The latest installment in NOM's New Jersey campaign will bring the total NOM has spent in New Jersey in 2009 in automated calling, radio and television ads, and direct mail voter outreach to more than $1 million."

Listen to the ad HERE. 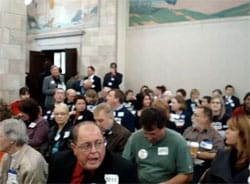 Watch a video of the crowd at the Senate Judiciary Committee meeting and the Garden State Equality press conference, AFTER THE JUMP…

A YouTube commenter writes of the peek inside the Senate Judiciary Committee chamber: "I find it interesting that so many of the same-sex marriage supportersare left to stand. It may have been their choice, but it is notobvious. It makes me imagine a time, maybe 40 years ago, when mostlyblack inter racial marriage supporters might have been in that room. Myguess is that they would have been expected to stand as well while thedefenders﻿ of the status quo sat in the ordered chairs like theybelonged there."