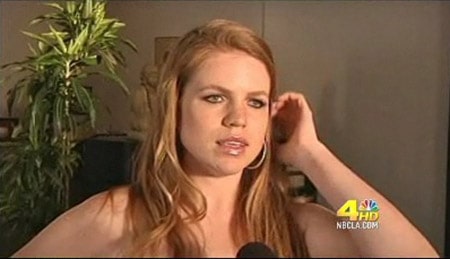 Self-appointed Miss Beverly Hills 2010 Lauren Ashley clarified her remarks that gays should heed the Bible's warning that they'll be put to death:

"On Thursday, the beauty queen and her publicist downplayed the comments, saying the biblical passage isn't something she or anyone else should take literally. However, it is still the basis for her beliefs against same-sex marriage."

Earlier this week, the City of Beverly Hills disavowed any connection to Ashley, and said she's a fraud who lives in Pasadena.