Former New York Congressman Eric Massa is profiled in a lengthy article in the new issue of Esquire Magazine. The piece reveals some interesting information such as Massa's claim that Dick Cheney attempted to convince General David Petraeus to run as the GOP candidate for president in 2012. We also learn that Massa tried to commit suicide not once, but twice around the time he resigned from office. 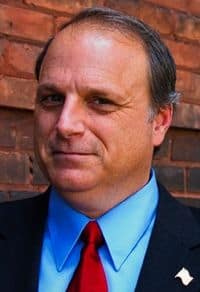 Massa, who you may recall admitted that he groped and tickled a male staff member, talks to the article's author, Ryan D'Agostino, about his political career:

Massa also manages to make a vague, seemingly flirtatious comment about gay bars directed at D'Agostino, though he does refrain from using any "salty language." Writes the author:

"Massa, exercised by the rigors of moral suasion, leaned back in his chair, suddenly at ease. He took the last gulp of his coffee, cold by now, and looked at me with a mischievous glint in his eye. "What are you, seventeen?" He turned to another editor and pointed at me. "What is he, seventeen?" Turning back to me, he laughed and said, "You better watch yourself around gay bars, my friend. It could get interesting."