(Clip via Good As You) 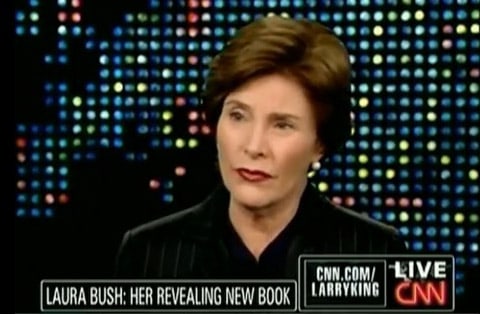 In late April I posted an excerpt from her new book, which said, "In 2004 the social question that animated the campaign was gay marriage. Before the election season had unfolded, I had talked to George about not making gay marriage a significant issue. We have, I reminded him, a number of close friends who are gay or whose children are gay. But at that moment I could never have imagined what path this issue would take and where it would lead.”