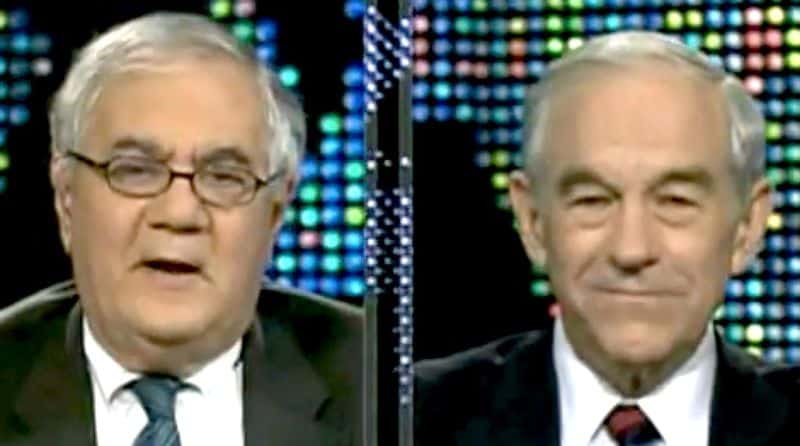 Rep. Barney Frank (D-Massachusetts) and Rep. Ron Paul (R-Texas)—ideological opposites in some ways, but two men who voted against going to war in Iraq—are banding together to support the reduction of military spending. In an exclusive essay for HuffingtonPost, the men write:

"As members of opposing political parties, we disagree on a number of important issues. But we must not allow honest disagreement over some issues interfere with our ability to work together when we do agree.

"By far the single most important of these is our current initiative to include substantial reductions in the projected level of American military spending as part of future deficit reduction efforts."

They call for "a much quicker withdrawal from Iraq than the President has proposed."

In the past, the men have also agreed on decriminalizing marijuana.

Previous Post: « Denis Leary Drops The (Other) F-Bomb On The Daily Show
Next Post: Mama Madonna For Dolce & Gabbana »