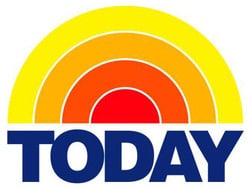 NBC's Today Show decided to make its "Modern Day Wedding Contest" apply only to straight couples after having welcomed same-sex couples in past contests.

NBC's response to GLAAD's complaint that this was discriminatory was to state that applicants must be "able to be legally married in New York, which is where the wedding will take place."

As GLAAD points out, this overlooks the fact that the celebration could take place in New York and the actual license could be issued anywhere else that same-sex marriage is legal; New York recognizes out-of-state same-sex marriages.

"The Today Show is awarding a wedding celebration, not a marriage license. If a same-sex couple won the contest, producers and the winning couple could easily work together to ensure that the couple properly obtained and complied with the requirements of a marriage license in one of the license-conferring jurisdictions. The full wedding celebration would then take place on the Today Show. Given these legal realities, GLAAD has urged NBC to amend its contest rules and allow same-sex couples to apply."

Applications are being accepted only through Friday, July 9. GLAAD has launched a petition drive to get the network to reconsider. Same-sex couples are encouraged to share their stories with GLAAD, which will compile them and share them on their blog and with NBC.