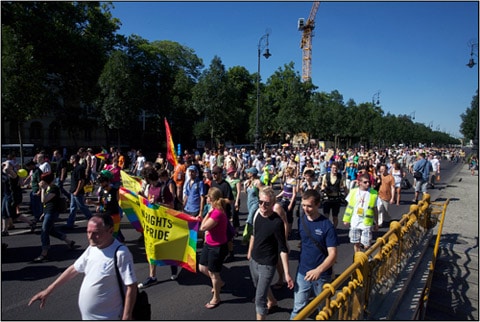 Walk With Pride, which has been documenting various Gay Prides around the world, posts its latest feature on Budapest Pride, which took place on Saturday with no serious incidents.

Budapest's Pride, which has seen violence in the past, was spared it last year as well by massive security detail.

They note that groups of extremist anti-gay skinheads, some as young as 16, began showing up early along the parade route. 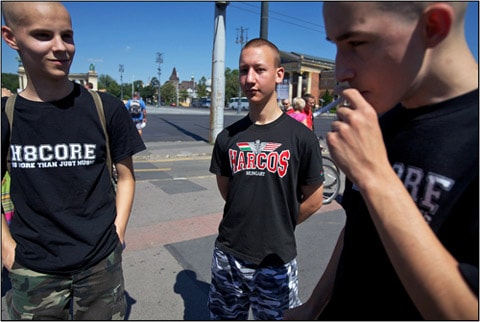 Safe escape routes into the subway, which had been blocked off specifically for parade participants by police, were provided at the routes end. Riot police were also stationed at every exit.

Watch some raw video of the parade, AFTER THE JUMP… 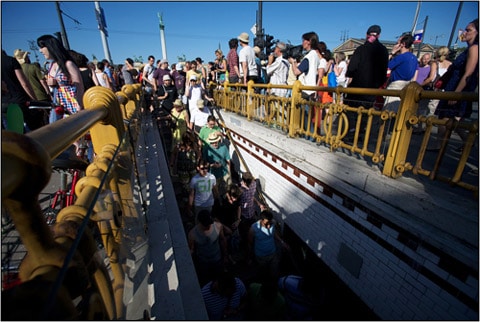