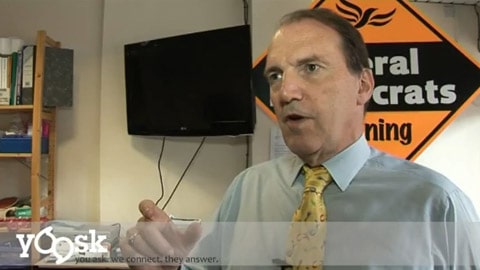 Deputy leader of the Liberal Democrats Simon Hughes says that he expects marriage equality to pass in parliament this year.

Asks Yoosk TV to Hughes: "Will the Lib Dem parliamentary group, of which you are the most senior non-ministerial member, fight for full marriage equality in the recently announced 'consultation' rather than accept current inadequate plans for religious civil partnerships?"

Said Hughes: "It would be appropriate in Britain in 2010, 11, for there to be the ability for civil marriage for straight people and gay people equally. That's different of course from faith ceremonies which are matters for the faith communities… they have to decide what recognition to give. The state ought to give equality. We’re halfway there. I think we ought to be able to get there in this parliament.”