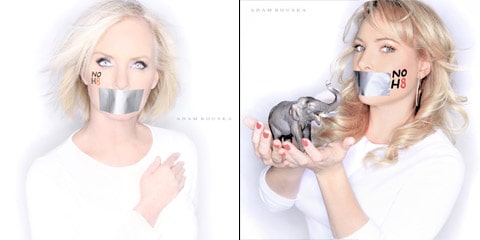 Fresh off his rant against "Don't Ask, Don't Tell" and the hate crimes bill in the Senate yesterday, Senator John McCain (R-AZ) tells the Washington Blade that he disagrees with the ruling striking down Proposition 8: 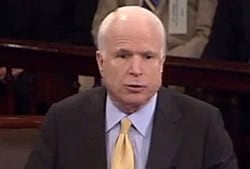 “Obviously, I didn’t agree with it. My position has always been that marriage is an institution of — between one man and one woman.”

When asked if he thinks a constitutional amendment might be the appropriate response, McCain wouldn't stick to his 2004 position opposing one.

Said the senator, whose daughter and wife have both come out in support of marriage equality:

“I haven’t looked at the impact of the decision yet as far as what, if any, action needs to be taken. I’ve been on the immigration issue, the defense authorization bill and this START treaty, so I really have not had an opportunity to talk to my people about it.”