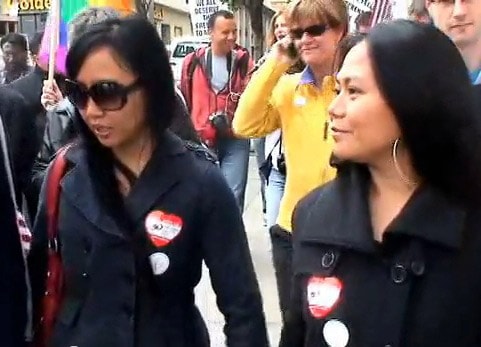 San Francisco activist Sean Chapin followed Vanessa Judicpa & Maria Ydil yesterday as they walked from the court building to City Hall where they were able to get a marriage license, but were thwarted as the stay put in place by Judge Walker prevented them from actually marrying.

City Clerk Edwin Lee and Supervisor Bevan Dufty announced to those gathered at City Hall that the stay had gone into effect, to much disappointment.

It's a pretty fascinating video. 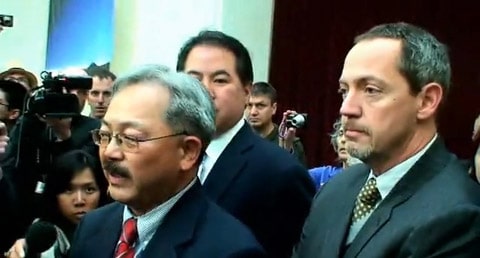 Previous Post: « Is Obama a Believer in Equality or Not?
Next Post: Towleroad Guide to the Tube #707: Special Prop 8 Edition »