Almost like clockwork, those opposing marriage equality are already calling federel judge Virginia Phillips, who on Thrusday declared DADT unconstitutional, an activist judge. Not surprisingly, Tony Perkins had this to say about Phillips: "homosexual activists have found a judicial activist that will aid in the advancement of their agenda.”

So who exactly is she? The New York Times enlightens us about the woman who has, until now, maintained a low profile: 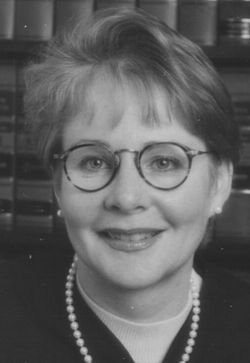 Virginia Ettinger Phillips was reared in Orange County, Calif., the fourth of eight children. Her father worked in the burgeoning world of theme parks as a marketing director for Disneyland and then for Universal Studios and Sea World.

Judge Phillips, a widow, lives with two wire-haired fox terriers, Mick and Taffy — she refers to them as “my walking enforcers” who help prepare her for the annual vacation, when she and a group of friends enjoy European walking tours. Members of the group have trekked in Ireland, France, Italy and elsewhere.

Judge Phillips said she loved serving at the level of federal trial court, which provides “the variety of human drama — every day, there’s a new case.” And so, she says, it should not be so surprising that she was surprised by the reception to Thursday’s decision.

She doesn't sound anything like an acivist judge, just a good one.