It happened late in the day yesterday in what seems to be a clear reaction to last month's Prop 8 ruling. According to the Associated Press: 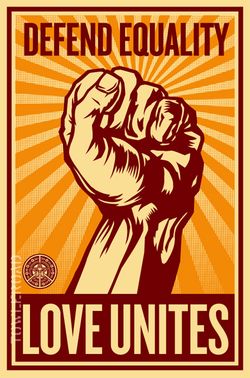 Wyoming and nine other states have filed a gay marriage opposition brief to a federal appeals court in California.
The amicus brief sent Friday to the 9th Circuit U.S. Court of Appeals said that the Constitution does not require marriage to include same-sex couples. The 39-page brief also said that states, not federal courts, have final say in whether to allow same-sex marriages.

The Casper Star-Tribune reported that other states who joined the brief against gay marriage are Alabama, Florida, Idaho, Indiana, Louisiana, Michigan, South Carolina, Utah and Virginia. They argued that same-sex marriage is not a fundamental right.

"If public affirmation of anyone and everyone's personal love and commitment is the single purpose of marriage, a limitless number of rights claims could be set up that evacuate the term marriage of any meaning," the brief said. The amicus brief was criticized by Jason Marsden, of the Matthew Shepard Foundation, a Denver-based gay-rights organization. He told the newspaper it was "very puzzling" that Wyoming Attorney General Bruce Salzburg joined given that he Wyoming Legislature last year defeated a resolution to ban recognition of gay marriages performed in other states.