That's Cindy Scrash and Jenny Larrue, two queens from Portugal. They're starring as rival transsexual cabaret stars in the Portuguese Oscar submission TO DIE LIKE A MAN. While Oscar has handed statues to some trans-related films like All About My Mother and Boys Don't Cry in the past, it's not usually their kind of thing. Here are Cindy and Jenny doing the classic duet "I Know Him So Well". (This is not a clip from the movie.)

To Die Like a Man is directed by João Pedro Rodrigues who previously brought you the explicitly gay and rather disturbing O Fantasma (2000). To Die… didn't get much attention earlier this year at Cannes but at least one critic thought it was one of the very best of the venerated fest.

If you want to see the whole Foreign Film Oscar Submission List, click here for extensive information charts designed by yours truly. Each year sees around 65 films competing for the 5 coveted "Nominee" slots.

I've been covering this race in depth for ten years and generally among the sixty-plus films there will be one to three that are gay-themed or…uh… gay adjacent. This year, besides Portugal's transsexual drama, there's a Slovenian film called 9:06 about a cop who becomes obsessed with the life of a bisexual man who committed suicide and I assume there are gay characters sprinkled in a few others though info is still coming in. Gay festival favorite, UNDERTOW (previously reviewed here at Towleroad), from Peru was also submitted. Peru won their first nomination ever in this category just last year, so maybe they'll experience leftover goodwill from the voters?

The two most famous faces in this year's competition are Gael García Bernal who stars in Spain's EVEN THE RAIN and Javier Bardem in Mexico's BIUTIFUL which comes out in December this year… but even if you don't recognize the other names, there's a ton of beautiful actors in the submission list if you'd just like to gawk (Alexander Skarsgård's little brother is among them.) 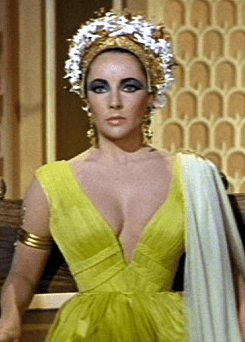 James Cameron (Avatar) is considering a Cleopatra biopic to star Angelina Jolie. It doesn't really sound like a Cameron project given his taste for boundary pushing f/x and genre films in general. But then… one can always dream. Here's mine for challenge-junkie Cameron: Dump Angelina. Convince Elizabeth Taylor to come out of retirement to recreate her signature role and develop a new technology that will make La Liz look exactly as she did back in the early 60s when she and that Cleopatra were bankrupting the studio.

Paul Verhoeven, infamous Dutch director of Showgirls and Basic Instinct, who recently had a critical hit with Black Book (well worth a rental), is coming back to Hollywood for Eternal, a sexy ghost story.

Do you think Tom Cruise will really do this Top Gun 2 thing?

Amy Adams is joining the new Muppets movie. Please let her have a duet with Miss Piggy. Or Gonzo.

Let's end with a new image from BURLESQUE. Is Xtina is trying to bring the hand bra back? 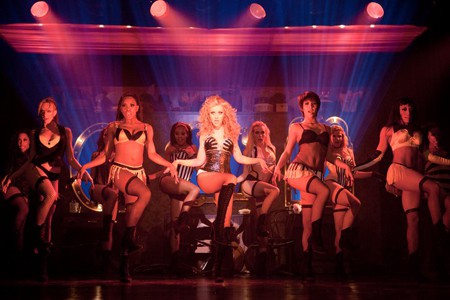 Will Cher be pleased or is that too much of a Barbra thing? 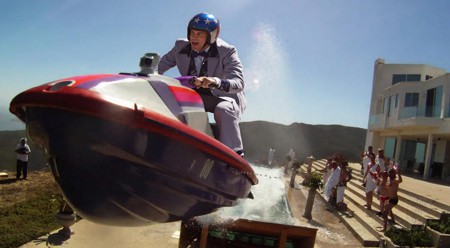 Johnny Knoxville and the boys are up to their old tricks again.

NOW PLAYING
Are you seeing JACKASS 3D? I still remember hurting from laughing at the first one. If 3D must exist, let it be attached to gimmicky pictures like this, that might have some appropriate use for it and that are only worth watching in theaters with big crowds. The MPAA, the puritanical movie ratings board, has been in the news a lot lately. First they made the huge stupid blunder of giving BLUE VALENTINE, a wrenching marital drama, an NC-17 for no defendable reason. Now they've helpfully started labelling movies with a "male nudity" descriptor and Jackass 3D is one of the first to be so shamed. Never mind that the MPAA has never in their history placed "female nudity" on a rating. Apparently "nudity", the regular acceptable kind, is entirely the province of the female sex. 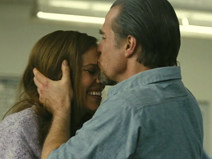 CONVICTION, the true story of Betty Anne Waters (Hilary Swank) who became a lawyer to free her brother (Sam Rockwell) from a life sentence without parole is also opening. It's a bit generic given that it's a) a courtroom drama and b) you always know where it's going –helpful hint: they tend to make movies of the true stories with happy endings — but it's quite watchable and the actors do a lot to elevate the material. My favorites were Juliette Lewis, who the world needs more of, in a showy cameo and Sam Rockwell, who could even fetch an Oscar nomination as the unpredictable convict. And yes, he drops his pants briefly…again. Rockwell loves to moon us. Where's the MPAA? "Male Nudity!"

Who are these fierce bitches and what do they have to do with this year's Oscar race?

Find out AFTER THE JUMP… 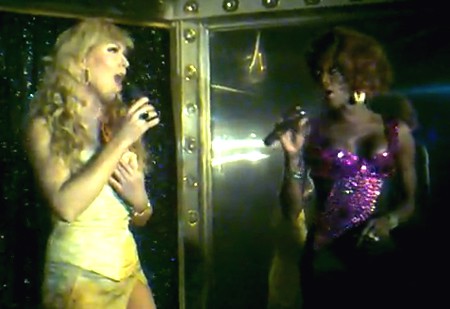