Movie #3 involves twin boys Marcus and Jason (Frankie and George McLaren) who live in England with their drug addict mom and cover for her with visiting social workers. Tragedy will strike them too.

Despite three separate chances to offer up an involving story or characters, the movie is strangely stiff and repetitive. The opening sequence is practically the only one that barrels forward with a vivid pulse though a subplot involving George and a cooking class adds some unexpected color and welcome humor. Hereafter does have touching moments (the subject matter all but guarantees it) and if you can excuse the tsunami insensitivity, it's exceptionally well meaning; there will be no  holier than thou sermonizing about living a certain kind of life to deserve a pleasant hereafter, no denominational wedges to separate you from your neighbors. But Hereafter is also maudlin to a fault. (Eastwood really must stop writing his own musical scores.) Eventually, as you've already surmised, the three movies will become one. But that happens much much later and they'll still feel like three, as the characters stiffly pace around each other waiting for something to happen or perhaps for the end credits to roll.

ALSO OPENING: Should you be seeing PARANORMAL ACTIVITY 2 this weekend, good luck. (You know the odds with horror sequels.)

In limited release there's one queer interest film. Strand Releasing, a theatrical distribution company that's been good to the gay community for twenty years now, is offering the Islam Punk scene drama TAQWACORE (pictured left). The film promises a full range of Muslim characters you won't ever see from a Hollywood film: straight edgers, riot grrrls in burkas and openly queer punks all intermingling in the apartment of a college boy in Buffalo, New York that's a mosque by day and a live club at night. 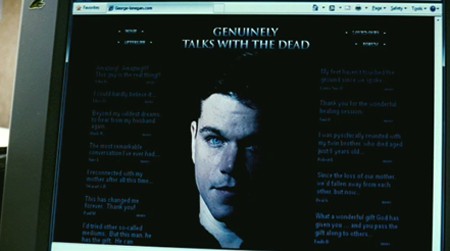 YOUR FEATURE PRESENTATION
Clint Eastwood, now in his 8th decade of life, has never been more regular. Somewhere between the months of October and December each year, comes a new Eastwood picture for your consideration… or "For Your Consideration" if you're a voting member of the Academy of Motion Picture Arts and Sciences. In some years, like 2006 (Flags of Our Fathers and Letters From Iwo Jima) or 2008 (Changeling and Gran Torino), we get two movies. This year we get three; they're all called HEREAFTER.

The first movie begins in 2004 with Thailand's awful tsunami which killed thousands of people. It's a gripping horrific sequence that's well filmed though it risks easy ridicule with an extended shot of a teddy bear floating in the water. The terrifying waves sweep up Marie (Cecile de France), who happens to be a famous French journalist on the last day of her vacation. She dies momentarily but other quick thinking tourists revive her. Soon Marie is adrift in her own life, unable to focus on anything but her near-death experience. Her new "what happens when we die?" obsession begins to eat away at her professional reputation, her fame and her love life. If you're the type of moviegoer that objects to tragic global events repurposed to dramatize the problems of Pretty Rich White People, you're going to be wishing the film a quick death before we get to movie #2.

Meanwhile in America, we meet George (Matt Damon) who wants nothing to do with the afterlife. He used to be a medium, a very gifted one, but he's had quite enough of speaking with the dead. If you so much brush his hands with yours, he's got your dearly departed treating him like fleshy voice mail. 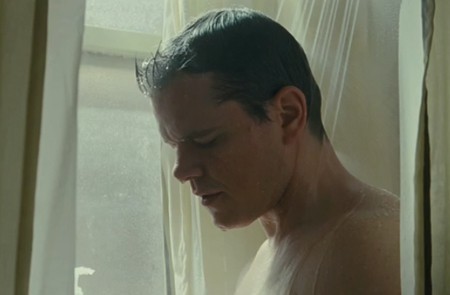 George prefers to be left alone.